So now I’ve seen two films in a row that have mucked around with conventional plot structures and I’m starting to wonder if it’s something to do with me! Am I a little too conventional? Or should I just pull my head in and remember that a sequence of two maketh not a pattern.

Tabu is the heart-warming story of a woman born in Portuguese Africa before a struggle for independence, but it begins by introducing her in her declining years. As the film began, in its rather confusing state, and focused on this poor woman’s dementia, I wondered if it would meander as pointlessly as The Place Beyond the Pines. It didn’t. In fact, the story completely snuck up on me, and though the tension was built slowly, I found myself completely drawn into it. I had to know how this story would play out.

The characters were beautifully drawn, pawns in a political game over which they had neither any control nor any desire to exert control. It is set in modern Portugal and in the foothills of a fictitious Mount Tabu in an unidentified African colony. I could try to draw some significance by suggesting the location as Guinea-Bissau, since it is the only tropical candidate for a Portuguese African colony, but clearly the creators did not intend to make a direct correlation. The story concerns the lives of individuals in a colonial context, and though it centres on themes of colonialism, it is refreshing to engage from the perspective of the powerless colonists, rather than the powerless colonised.

Ana Moreira is particularly noteworthy, and she is supported by a strong cast. Henrique Espírito Santo gives the narration for a long part, and although it was not necessary to have narration and it felt occasionally forced, it did mark the film throughout and prevent us from getting too bogged down in the emotion. This is, after all, a film for provoking thought.

Themes of impotence are becoming somewhat de rigeur, perhaps, but there is something quite unique in the perspective of this film and it should be considered one of the better of them.

Posted by Trevar Alan Skillicorn-Chilver on Friday, 24 May 2013 in Film, Portuguese Film

The Place Beyond the Pines

SPOILER WARNING: my apologies, but what I want to say about this film requires a spoiler, so if you’re going to see it, do so before reading, though I really wouldn’t bother.

I’m not quite sure what to make of The Place Beyond the Pines. It’s not a bad film, really, but I did come to the end and wonder what it was I’d just watched, and why. I don’t insist that every story needs to have a point, a story can certainly be just a story, but I can’t help thinking that all the writer really wanted was that elusive excuse to kill a protagonist immediately after the exposition (the psychosis of writers’ innate desire to kill protagonists, though, is a subject for another post).

Said protagonist is, in this instance, Luke Glanton, a circus stunt motorbike rider played rather passively by Ryan Gosling, who discovers that the woman he had a fling with on his previous visit to an upstate New York backwater has given birth to his son. Quitting his job, he turns to robbing banks, which ultimately leads to his demise, and the rather flaccid cop who shoots him in the line of duty becomes the new protagonist. I couldn’t help but chuckle aloud when an inter title announced we were moving forward fifteen years and a pair of protagonists (the sons of the first two) emerged as a duo.

I’m not sure what I think, partly because this film does well what I think all stories need. It is driven by its plot, which is a tick, though the convolutions in that plot are are not really justified by what they return to the viewer who carefully follows them. It boasts some well developed and nicely performed characters, which is a tick, though none of the characters are very likeable, nor do they elicit enough empathy for me to care what becomes of them. The cinematography is beautiful and moody, which is a tick, but these lovely images don’t quite pull the disparate elements of the plot and characters together the way they should. And it has a subtle soundtrack that supports the mood, but doesn’t really take it anywhere new (not really a tick at all).

Really, this is a trilogy of short films with a contiguous plot. They might not be separable, as they share a single exposition, but they are three very distinct stories. I can’t be too harsh on the film because all three are interesting, but I’m not sure that they’re quite interesting enough for two and a half hours of slow-moving American angst.

And so what I’m left with is a film that I think I like, but I’m not quite ready to give it a tick. I guess what I fear most, though, is that I may write a little like this. My characters can be held aloof from their viewers and my plots aren’t always worthy of the effort required to follow them. I hope, therefore, that a decent number of people like The Place Beyond the Pines more than I do. 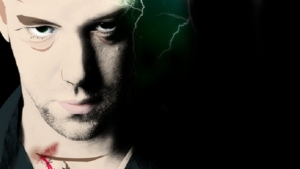 Mary Shelley’s Frankenstein is not conventionally what we might refer to as a timeless work of literature. It is clearly a product of its time, fashioned from the particular obsessions of its age and demonstrating the changing view of science that characterised the early nineteenth century. It is true that the themes of Frankenstein have made it relevant through the generations, but Nick Dear’s script is a sublime theatrical blueprint that draws the focus to those themes that truly resonate in our age.

Lee Jones tackles the role of Frankenstein’s creation with an amazing energy. He approaches a long exposition with no dialogue beautifully and shows the growth and development of a man born as an adult reasonably well. There are perhaps some timing issues with this as the ebb and flow of his development seems somewhat curtailed…