To the extent that Americans love a good conspiracy theory, the Brits are equally keen on questioning the integrity of their Prime Minsters. Roman Polanski caters for both predilections in his magnificent new film, The Ghost Writer.

Ewan McGregor plays the titular character, a writer hired to massage the memoirs of a former British Prime Minister into shape following the mysterious death of another ghost writer. Gradually, and innocently (which is refreshing), he discovers a web of intrigue and finds himself reluctantly wrapped up in it, at his own peril.

However much I like this as a film, it’s the story, penned originally as a novel by Robert Harris, that I find so magnificently intriguing. Remaining almost entirely fictitious, and needing no awkward date stamp, this story draws a shocking parallelism from the circumstances surrounding the era of fear following the 9/11 attacks. And surprisingly, since it parallels so literally the Anglo-American response, it is as relevant here in Australia as in the US and UK.

I can’t say too much about it, lest I spoil it for you, but this is a great film, and you must go see it. That is all.

Do Not Go Gentle

Seeing Do Not Go Gentle was an experience. Not just because it’s a great show, but because I got the opportunity to meet Patricia Cornelius, the play’s writer, before the show opened. That, and the fact that fortyfivedownstairs is a fantastic venue with more character than a Shakespearean king.

Equally admirable were the performances of a fantastic cast, admirably lead by Rhys McConnochie, all bringing their characters to life in a way that should connect with audiences of all ages.

Freezing my way through a show is not normally my idea of fun, but it’s highly appropriate for Do Not Go Gentle, which focuses on Scott’s unsuccessful attempt to plant an Australian flag at the South Pole before the Norwegians got theirs there. And while fortyfivedownstairs may have been a bit of a cold place on the night, the lives of its characters are just as cold, but with a warmth that makes it all worthwhile.

The thing I enjoyed most about this play was its insistence that life is for living, a thesis well worth remembering on a cold Winter’s night in Melbourne. 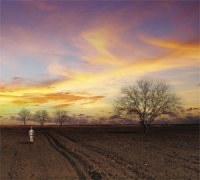 I’ve never really liked stories about the Vietnam War. They have a tendency to either be so factual that they’re dead boring, or so esoteric that they’re unrelatable to anyone who didn’t live through that time. Patricia Cornelius has deftly sidestepped both potential faults in her heartwarming play, The Berry Man.

A great energy filled Canberra’s southern reaches tonight as local comedians warmed up a more-casual-than-smart audience for Smart Casual. Jokes about bogans (and boganism) predictably abounded, and were well-recieved by their targets. As well as these almost-obligatory barbs there were quite a few gems, particularly from the very sharp-witted Tom Gibson…