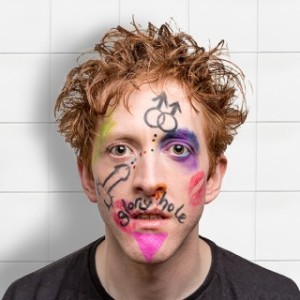 Desperately running out of time to take in everything the Edinburgh Festival Fringe has to offer, I stumbled late into Banshee’s to see Rob Cawsey. Apparently he’s a comedian.

A comedian he may be, but what I saw was a brilliant comic actor presenting slapstick comedy with a cohesive and engaging plot that elicited both laughter and a touch of empathy.

The story is his own: a big night out trying, increasingly desperately, to pick up. And throughout, there is this splendid balance between humour and despair. It is a great story presented brilliantly. Right up there with the best I’ve seen this Fringe.

‘m not entirely certain that the glorification of intoxication is a public good, but I don’t think it can be argued that it’s not good for a laugh.

The premise for this piece is beautiful in its simplicity: perform one of Shakespeare’s works with a lead actor completely sloshed. To maintain the premise, a couple of audients are provided with instruments for calling for another drink for the actor, and an audient in the splash zone is put on bucket duty.

Though it may not please the purists, my immediate sensation was that this manner of presentation is possibly even truer to the style of performance in Elizabethan London than the present-day Globe. It’s bawdy and the audience are involved and don’t mind calling out.

But that’s probably where the argument for this as an authentic Shakespearean experience ends. It’s a laugh, and as far as great performances go, there’s little more than some quality improvisation to praise.

The play is shortened to one hour, which is an improvement, but does necessitate a certain amount of assumed knowledge of Shakespeare’s work.

In all, this is a great idea that’s good for one laugh, but I’m not likely to bother a second time.

Life is all about transitions. Moving from one stage of life to the next, sometimes gracefully, sometimes stumbling, and sometimes holding on for your life.

About a Goth explores such a transition as a young man grapples with understanding himself.

Delivered as a monologue, the plot is revealed as a series of events that would frustrate the heck out of any gay goth teen: an unhealthy obsession with a straight mate and Starbucks’ lack of Gothic options are compounded by his family’s obstinate refusal to reject him when he comes out. Selfish buggers.

Clement Charles gives a stellar performance, full of energy and life throughout. It is beautifully written by Tom Wells, and explores this young person’s journey through a transition with empathy and humour and spirit.

So far, the best performance I’ve seen at the Fringe.

From the moment she has an audience, it’s clear that Eva Von Schnippisch is not going to let anyone leave the room without getting a right belly laugh out.

She engages the audience in the action from the start, telling the story she has kept silent for 72 years, about how she worked with the Allies to infiltrate the relationship between Adolf Hitler and Eva Braun. I was enthralled for the entire hour, which is an achievement in itself.

Stephanie Ware is a consummate performer, dealing with the viariables of live performance professionally, and with excellent humour. Her comic timing is impeccable, and her awareness of the audience remarkable.

Simply one of the best shows I’ve seen this Fringe.

Slowly, though, it unravels. Maybe I missed a thread somewhere, a vital piece of information that I needed to follow the plot. It started with two mates talking about girls, then one of them ends up with a girlfriend who becomes a wife and has a baby… and he slowly descends into a kind of depression, until the play peters out with us wondering whether he’ll take his own life or not.

By the end it’s feels terribly melodramatic without enough plot to carry the emotion. Which is a shame, given the promise the beginning held.

The quality of the performances don’t really decline, nor does the quality of dialogue, which is why I think it might be me who missed something. If you’re reading this, and you’ve seen it (as opposed to if you’re in it, or maybe even then!), let me know what you thought.

From the moment you walk in, Jess and Nick insist that you feel at home. Straddling the line between theatre and cabaret, this clever and well-written little piece explores the way we use words and how they can shape us and our interactions, so that welcome is highly strategic.

They insist it’s a play, but with a static set, audience engagement beginning before they kick off, and interjections on the way through, cabaret seems a more appropriate descriptor. The truth is it defies labels, but draws the audience into a conversation between two co-workers, chews up their sense of semantic signification, and spits it back at them unceremoniously.

Whether the use of audience involvement (yes they dragged me up the front) really works or not, I am unsure. On one hand, it stilts the third character: but at the same time, the irony of using someone unfamiliar with the material to deliver the most articulate assessment of the theme in a manner that is highly verbose and completely impenetrable, is a delicious irony. And I’m a big fan of irony.

If you happen to be fringeside, check them out.

There are also only two characters, but they’re played by four actors, younger and older manifestations of the same person. And when they’re not on, they stand at a microphone, like a chorus.

these simple concepts are a refreshing way to tell a story.

And that story is relatively simple, but beautiful in its simplicity. Two guys meet in a club, one looking for Mr Right, the other for Mr Right Now. The one seeking Mr Right gives the other a blow job, then bugs him until more develops. What could possibly go wrong?

And there are some deeply moving performances, too. Jacko Pook, whose aggressive, monosyllabic character was only looking for Mr Right Now, develops lovely moments of humility, and as the older character who had been seeking Mr Right, Shane Whitworth is likewise compelling in grief.

But ultimately, despite some clever storytelling and truly golden moments, the story falls flat. There are moments when the stage feels crowded from all the non-characters on it, and others where the dialogue really doesn’t carry the emotion. I wanted the DJ to be up in the bio box, or for the chorus to be at the side.

Thankfully, there was enough in the performance for me to develop an empathy for the characters, and I was moved by the ending. I just wanted the piece to feel a little less jaunty and a little more wavy, if you know what I mean. Then I could have gone along for the ride.

Posted by Trevar Alan Skillicorn-Chilver on Wednesday, 16 August 2017 in Uncategorized

My first show at this year’s Edinburgh Festival Fringe was this rather intense exploration of the relationship between Wilfred Owen and Siegfried Sassoon. And after flying from San Francisco to Edinburgh and coming directly to the theatre, it’s an achievement not to be understated, that the play held my attention throughout.

The simple set being used for this fringe run works brilliantly, and provides excellent scope for the two performers to establish varied locations and times. Daniel Llewellyn-Williams, playing Sassoon, builds a strong presence in the early stages of the play, and transitions well to the rather more fragile Sassoon who reminisces at the end of the war. Iestyn Arwel, playing Owen, marks an inverse transition. It would be easy to dismiss the strength of his performance in the early stages, but the character is brilliantly established.

This is a strong piece exploring the relationship between two historical figures who were passionate about showing the horror, and not the glory of war. It is especially pertinent in the world’s current state, though it could perhaps draw a slightly longer bow into the present to ensure it doesn’t merely register as a history play.