What a shame not to have made it to opening night for this fun little gem! The Wednesday night audience I joined was rather small and far too subdued for such a funny play so energetically brought to life by Centrepiece Theatre, but it was a lot of fun anyway.

I think this may be the third production of Moliere‘s work that I’ve seen from Centrepiece. The Miser, staged in 2005, remains one of my fondest memories of a night of comic theatre, and I think there was another in between. It has been some years, though, and too long to wait for another instalment.

This largely-forgotten and very old play rests on the even older plotline of marriages arranged by parents that don’t meet the expectations of the betrothed, but its genius plot twist is that the central character, Argan, is the imaginary invalid of the title, a wealthy hypochondriac trying to marry his daughter to a doctor in order to save money on medical bills. It was Moliere’s last play, and though he was playing the lead role in its premiere, he collapsed during the fourth performance and died shortly afterwards. Some say this is irony, but it seems Moliere’s malady was apparently not adequately imaginary!

The cast deserves a medal for their magnificent performances. Erin Pugh would upstage the entire cast, were her over-the-top mannerisms not generous to a fault. Her ability to be so very expressive (and excessive) while still drawing attention to other performers is remarkable, and I am not trying to dismiss the high calibre of performance delivered by all members of the cast, but this production definitely belongs to Pugh!

I am not intimately acquainted with the script or story of The Imaginary Invalid, but it struck me that, in comparison to the performances of the rest of the cast, Tony Turner’s Argon was rather subdued. Perhaps this is part of the text or a directorial choice, but it seemed to me a rather significant gulf. Not an entirely inappropriate one, though; just slightly unbalanced and maybe a little awkward.

The cast worked tirelessly to raise the energy levels, but it was a tough ask with such a small audience in such a large auditorium, and the performances fell short of their potential not through a lack of quality material in the script or technical difficulties or a lack of talent, but simply because the energy levels of the performers really need, in a production like this, to be matched by the energy levels of the audience. It really brings to the fore the difficulty of finding an appropriate venue in the capital. For this production, The Q was just too large. The Courtyard at Canberra Theatre Centre would probably have been better, but that’s awfully picky. It would be better yet if Canberrans would simply turn off The Voice (that steaming pile of… nevermind), get off their lazy arses, and go see some performers with both talent and an eye for a good material. But we all know that’s not going to happen, which is why I think we need more smaller venues. We have nothing really to match Sydney’s Belvoir or Stables theatres, and that’s a shame, as these theatres have just the right sort of atmosphere for our ‘crowds’.

But I digress. This production is all about a little bit of silliness, and it is admirably carried by a spectacular cast whose generosity in engaging the audience is faultless. 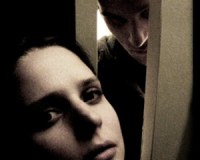 Love Cupboard can be neatly summarised as the story of an adolescent girl who isolates herself from the rest of her life to live with her boyfriend (hence the love); and to avoid discovery, hides in a cupboard in his lounge room (hence the cupboard). The story is as quaint as its title…

Posted by trevar on Friday, 30 April 2010 in Australian Stage, Canberra Theatre, Made in Canberra, The Street Theatre, Theatre