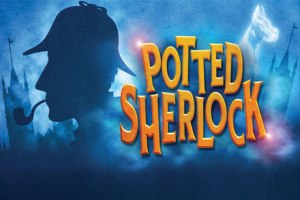 Since Shakespeare’s Compleat Works were abridged by the Reduced Shakespeare Company, similar treatment has been given to a range of original sources, with mixed results. Dan Clarkson and Jeff Turner have apparently been pottering about with Harry Potter in this antipode while I’ve been in the other one, and have now turned their attention to one of my favourite series, Sherlock Holmes.

When it comes to the still-novel-ish notion of condensing a bunch of great works into an hour’s romp, character is not king. If you wanted to engage with Conan-Doyle’s characters at all, you’d be sorely disappointed as this is really all about Dan and Jeff (and the girl who doesn’t seem to be credited anywhere). Similarly if you wanted to see any of the stories, you’d leave just as ignorant (they speak of them but don’t really get around to showing them). But for a little romp, it’ll do just nicely. These three brilliant performers maintain a giddy energy, keeping the laughs rolling both within the script and without it.

I think the concept’s days are numbered. Really, nothing quite measures up to the genius of the Compleat Wrks of Wllm Shkspr (Abridged), and ultimately these are forumlaic productions. How many times can we really take a series or theme and abridge them into a farce before it becomes de rigeur? Well, I guess Hollywood, Broadway and the West End have been doing little more than that for the last couple of decades, but it hardly makes for interesting theatre after it’s been done a few times.

Nonetheless, for the time being, this is a great formula and the raconteurs can probably squeeze a few more good ones out before the Webberesque machine drains it of life and starts selling tickets for over £100. See these guys before they transfer! 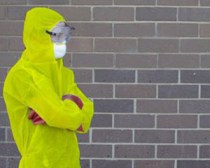 The latest instalment from Made In Canberra, The Fridge is an amusing piece of work that manages to avoid the worst of predictability but doesn’t quite distinguish itself with dialogue that encourages the suspension of disbelief. With characters that all seem to say exactly what they mean all the time, there is not a lot of room for the cast to perform. The words take over, and even the best one liners fall flat.
The program and advertising makes reference to Monty Python repeatedly, and attempts to position the play as a continuation of this tradition. This may go some way to explaining the lack of subtext. Python was certainly capable of developing great characters with little or no subtext, but here it…
The rest of this post is published over on Australian Stage.

Posted by Trevar Alan Skillicorn-Chilver on Friday, 11 October 2013 in Canberra Theatre, Made in Canberra, Street 2, The Street Theatre, Theatre

Impro: On The March

Another great show from the Impro Theatre ACT guys tonight. I have unfortunately missed the shows for quite a while, and I’m very impressed with both the standard of performance and the format used in tonight’s show. The show was non-competitive, and was centred around long-form improvisation. The long form very much suits the ensemble’s style, and the smaller presence of the MC also retains a greater degree of focus.

I was particularly impressed with the ability of this cast to reincorporate earlier plot lines, and tie up loose ends that had been left earlier in the show. I recall a few moments in the middle of uproarious laughter wondering why I was laughing, and realising that the humour was in the simple reincorporation of a theme that had been lost previously. This is one of the golden aspects of improvisation; that the enjoyment of the piece often has more to do with our engagement with the performers than the show itself.

Must get back to Impro more often…

Posted by Trevar Alan Skillicorn-Chilver on Sunday, 14 March 2010 in Theatre