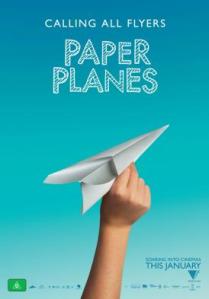 I think I need to begin this post with a warning: I may gush a little. This is simply one of the best films I’ve ever seen. Maybe I say that a lot, but it doesn’t make me like it any less. There’s a great deal of skill involved in balancing plot with character development, balancing pathos with humour and balancing light with dark. The creators of this film have done all three brilliantly.

Paper Planes is focused on Dylan, a 12-year-old who lives with his grieving father on a dilapidated farm near the fictional town of Waleup in Western Australia. When a strapping, visionary student teacher introduces him to the world of competitive paper plane-making, he enters that world with enthusiasm and brings a balance of humility and determination with him, which helps to draw his father back to life.

Ed Oxenbould‘s portrayal of Dylan is the linchpin for this brilliant film, and his ability to balance energy and pathos is remarkable for a 13 year old actor. He is supported well by Sam Worthington, whose character is sullen throughout without being entirely flat, which is quite an achievement. And light relief is all in the hands of the brilliant Deborah Mailman, who adds just the right spice to the mix.

The plot is largely predictable, but doesn’t suffer for it. Even the best of the humour is available in the trailer, so if you don’t like character and aren’t interested in their journeys, then maybe you shouldn’t bother with this film (if that’s the case, why would you watch films at all anyway?). The fact is, this is a light-hearted story that really gets to the guts of what life is about.

And more importantly, perhaps, this film is a testament to growing maturity in Australian storytelling. While it is distinctly Australian in character, it refrains from either romanticising or demonising the bush, and there’s barely a skerrick of cheap and nasty ockerism. There’s a hint of romanticism about Sydney (something I’ll never understand, having been liberated from Sydney myself), but what it does best is pitch a national identity that is quietly confident, but nonetheless cautious. I don’t think we’ve done that very much before.

I’m even willing to forgive some very substantial continuity errors, the biggest of which I can’t mention as it would spoil the movie for those who haven’t seen it.

If the opportunity presents itself, don’t miss this one. If you’re the teary type, take tissues. If you like a good laugh, don’t put the popcorn in your lap. But either way, see it. 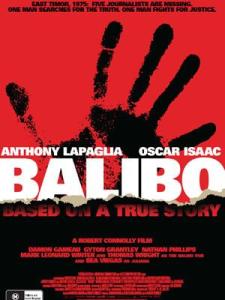